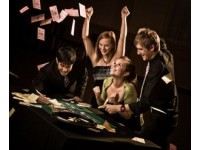 Bet365 Casino has announced the return of its Slots Club, which will run from the first of August until the last day in September.  This two month Slots Club promotion will provide slot players with incredible offers and bonuses.

Players can join the special club and take part in the promo for free.  They simply need to opt in and begin playing any of the numerous slot games offered.  Players will earn comp points when they play.  The greater number of points they accumulate, the better chance they will have of winning one of the many prizes during the August promotion.

For instance, earning 100 comp points over 10 days (separate or consecutive) can award a player with a minimum $10 cash prize.  Meanwhile, players who accumulate 5000 points or more over 25 days can win as much as $2,000.