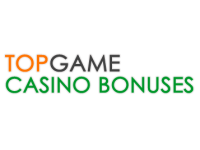 Playtech, one of the leading online casino software developers, recently launched a brand new internet slot game. Called Daring Dave & The Eye of Ra, this new video slot has an Egyptian theme and is jam packed with plenty of thrilling features, giving players the chance to win awesome rewards while having fun.

Daring Dave, the title character in this Egyptian slot, is one of the symbols and awards a 5,000 coin jackpot payout.  The Eye of Ra, on the other hand, is the scatter symbol and awards players 125 coins, the biggest scatter payout.

This new online slot game has only one bonus feature that is triggered when the pyramid symbol results on reels 1 and 5 at the same time.  The bonus feature has multiple levels, requiring players to complete tasks in order to advance further toward capturing the treasure.  Should players make it past the three levels, they will find the treasure and be awarded the grand prize.