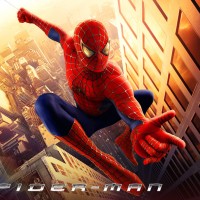 The Amazing Spiderman Marvel slot is an exciting game from Cryptologic software that is based on the popular Marvel Comics character, Spider-Man.  This is, without a doubt, one of the most popular Marvel characters to ever be created. Over the years, Spider-Man has been featured in several television cartoon series, in live action movies, in video games, and can now be enjoyed as a slot game.

You can usually play Spiderman slot entertainment at any on line casino that is powered by Cryptologic software. You can easily find out which casinos offer this game by searching for Cryptologic casinos on the web, or by doing a search for the game itself. Just remember to choose a gambling destination that meets your player preferences. Select one that will offer you the security, bonuses, and the payment service you need to fully enjoy your gaming experience comfortably online.

With that in mind, you should be aware that there are a few Spiderman Marvel slot machines you can play.  Two of the most popular titles from Cryptologic are: The Amazing Spider-Man and Spider-Man Revelations.  Both of these slots have 5-reels, 25-paylines, and are equipped with a bunch of special features that include wild symbols, scatter symbols, a bonus game, and progressive jackpots, among other features.

To give you an idea of what you can experience when you play Spiderman slot and follow this web-swinging, wall-crawling hero through New York, the following is a closer look at some of the game features:

The wild symbol is represented by Spider-Man. This symbol can pop up on the second and fourth reels and will substitute any symbol (except scatters) improving your odds of striking a winning combo(s). If two wilds appear, a player automatically triggers the Spider-Web bonus round, which leads to even more winning opportunities.

Scatters in the Spiderman Marvel slot are represented by the game’s logo.  When they appear, they can multiply the total amount you wager, resulting in a big payout. They can also transport your directly to the Spider-Man slots bonus round when a spin produces a minimum of 3 scatters.

Activated by scatter symbols, this bonus game lets you enjoy the Venom feature, which rewards you with free spins. In the game, you need to track down Venom and then save Mary-Jane.  If the player succeeds in these quests, they can win awesome prizes.

Players have a chance to win one of the three progressive jackpots that are linked to the game.  In addition, winning on normal spins per payline can lead to a maximum 5,000 coin prize.

The incredible graphics, sounds, and rewards of Spiderman Marvel slot machines will set your spidey senses tingling every time you play!

The Amazing Spiderman Marvel slot is an exciting game from Cryptologic software that is based on the popular Marvel Comics character, Spider-Man.  This is, without a doubt, one of the most popular Marvel characters to ever be...

Online slot players looking for new and interesting gaming thrills should check out Xmen Marvel slot action.  Xmen Marvel slot machines are not limited to one game or even one software developer. This is great news for fans of...